Afrika Bambaataa and The Soulsonic Force’s Planet Rock is where it all started for me. From then onwards I would be creating my own edits using the family’s turntable and tape recorder. Often spending four or five hours just to create a three-minute remix (constantly using the play and pause buttons) of early hip hop and electro records. The mix tapes would then be played at school and in turn copies would be requested and circulated.

In 1988, I  transitioned from Big Daddy Kane and Public Enemy to Voodoo Ray by A Guy Called Gerald. House music exploded during the height of the ‘Summer of Love’ M25 parties and I would purchase my first set of turntables along with a mixer. I was finally a bonafide DJ .

Along with four friends, we’d start a pirate radio station named ‘Destiny FM’ (which subsequently got raided twice by the Department of Trade and Industry, who back then policed the FM airwaves).

After doing a bit of growing up, for the next 20 years, I carried on casually DJing at house parties and summer BBQs.

Fast-forward to March 2020 the UK was in the height of  ‘lockdown’ due to Covid-19. So, in desperate search of something to occupy the forthcoming days and weeks, I climbed into the loft and dusted off my DJ gear. My passion was reignited and my ‘decks’ haven’t been put away since. After many hours on the radio and live events under my belt in the last two years, it’s safe to say, I am now here to stay! 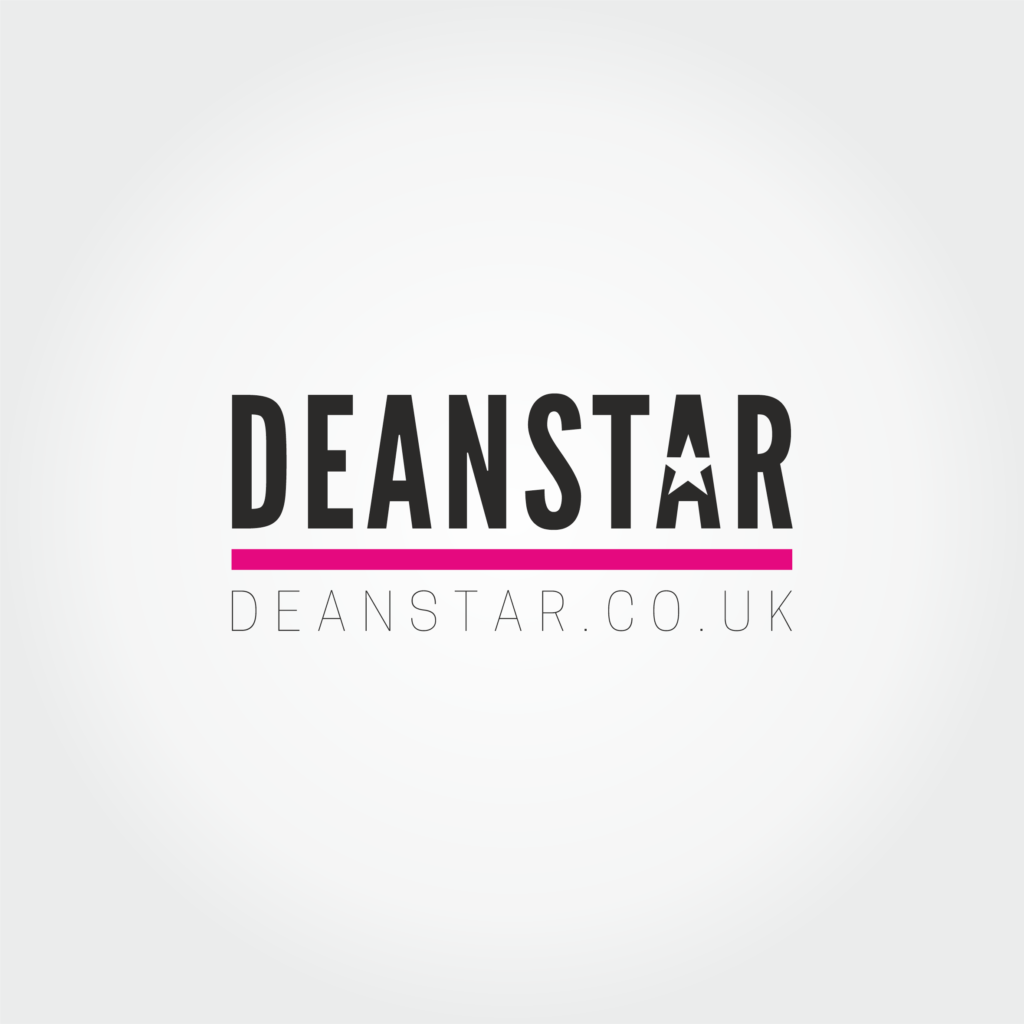 Frederick J. Sullivan aka DJ Lock/Freddie Fiyah Is one of the founding members of The Tampa House Heads United in Tampa FL USA helping bring the culture of house music to Florida.

Freddie has international experience and is using that to help the cause of spreading house music to the younger generation. As Freddie always says, “Break Those Ankles On The Dance Floor”.

Freddie has monthly residencies at The Pegasus Lounge,The London Heights and Tiki Cove (ALL IN TAMPA) Spinning house music as well as events put on by The Tampa House Heads United (House In The Park). Freddie is also a producer/artist under Campo Alegre Productions (Chicago), and Global House Movement (San Antonio, TX) with songs such as All That Jazz, Jack Me Up, Latin Fusion and other release on Traxsource.com.

He made his name in early 2001 by DJing various house parties in Germany, then he later hit the club scene DJing in various clubs from Regensburg Germany to Nurnberg Germany.

Freddie has played internationally since 2001. He has played such places as Germany, Thailand, Kuwait City, Bahrain, USA, and Iraq spinning hits from house, techno, hip hop, to R&B. 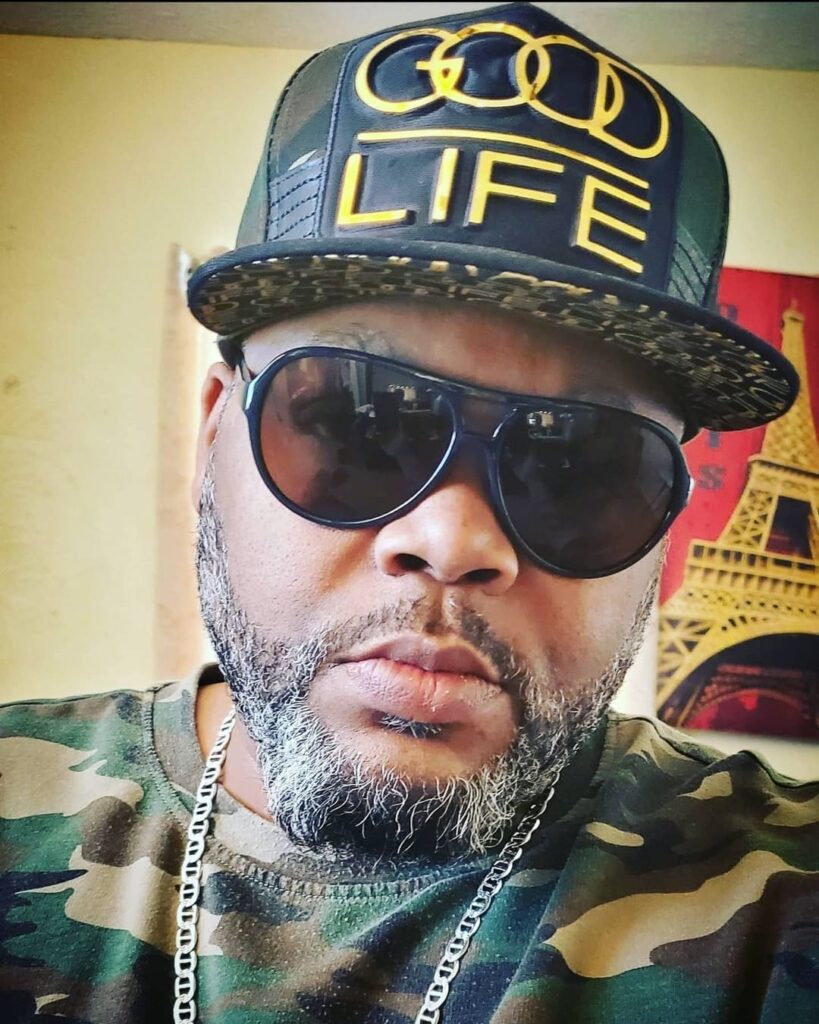 live from PHILADELPHIA every friday 11pm – 1am  GMT

It was the summer of 1985, ‘Back to the Future’ was blowing up the box office and new Coke was leaving a bad taste in everyone’s mouth. On one sweltering hot weekend at the beach, a friend would
play a release from TSR Records called ‘Music for a Hot Body,’ a seamless mix of the day’s top dance songs. It would become the soundtrack for the weekend and a record that would change John’s future.

Over the next three decades, John would go on to hold nightly residencies at many of the top clubs, lounges, and bars in Philadelphia, New Jersey and Delaware. From Motown, disco, top 40, rock, hip-hop and EDM, John’s versatility enables him to create a format that takes any party to a higher level. In his words, “music is emotion; it’s always been about the beat.” 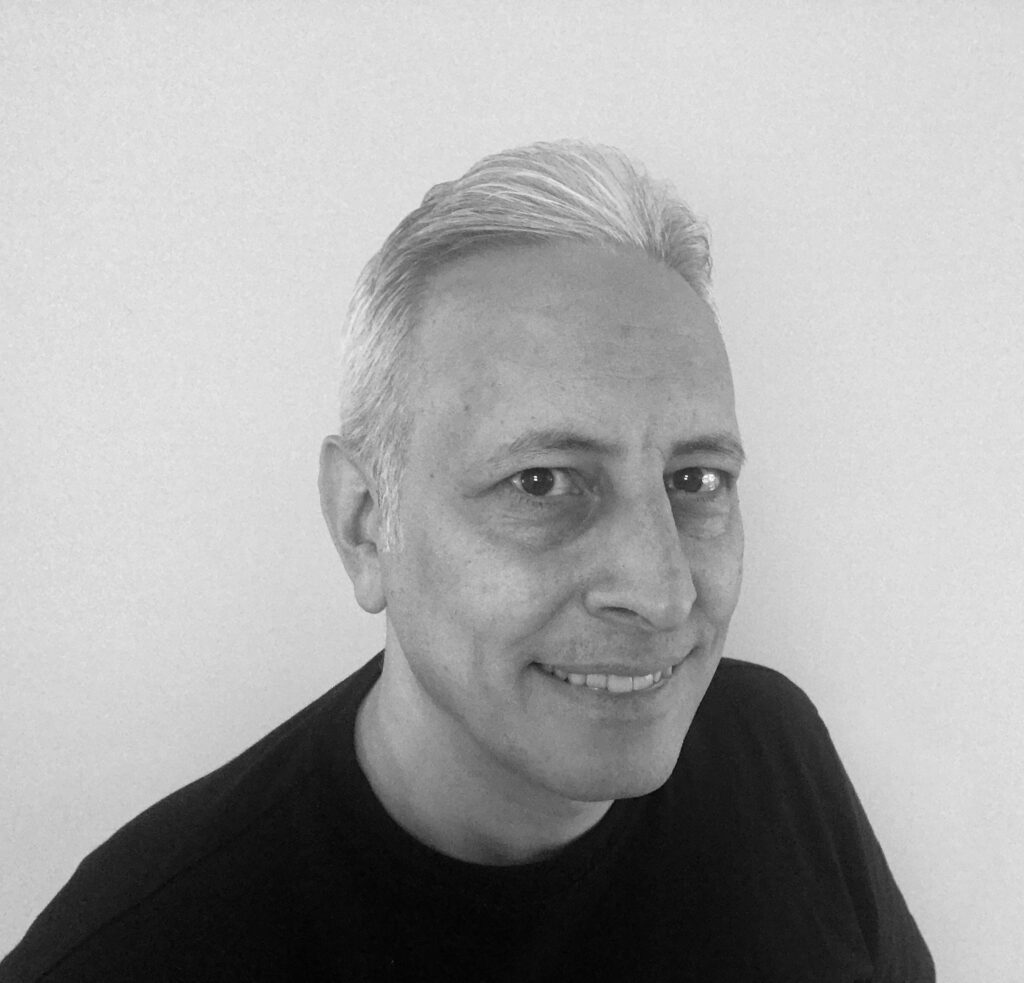 From as a young boy taking control of the turntable on the front room Hi-FI stereo with my parents record collection at family parties and gaining an obsession for spinning vinyl, to eventually obtaining a pair of belt drives as young teenager, playing records for others has always been a hobby that has given me great pleasure.

From playing local clubs and bars in and around London to playing clubs such as Turnmills and being a regular on many boat parties and radio shows over the years. DJing is always something that that I find as gratifying as being a punter raving on the other side of the decks. 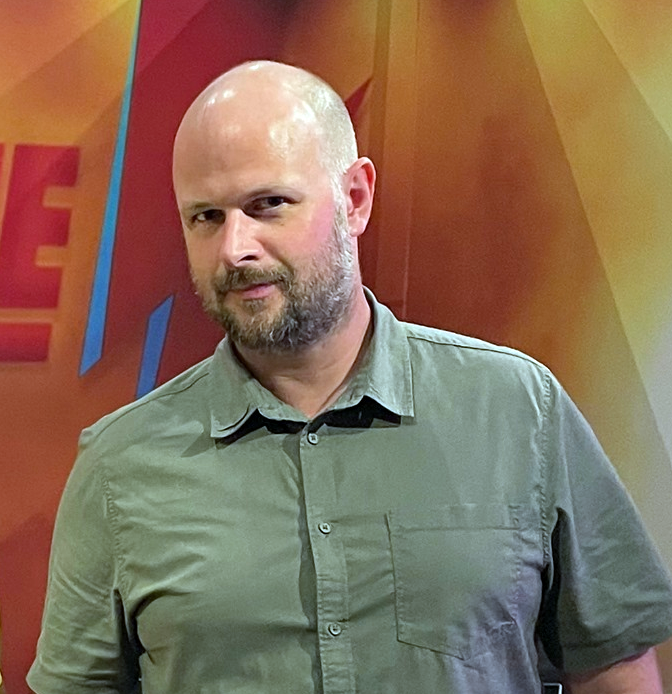 DJ Lee aka ‘South London’s Finest’ and self proclaimed ‘King of the Bangers’ started his DJ journey in the ’80s playing electro-funk from a friend’s garage.

In the 1990s Lee has played at many clubs and venues in both the UK and abroad as well as being a mobile DJ until this present day.

Lee loves interacting with the listeners, whether a shout-out or taking your requests. 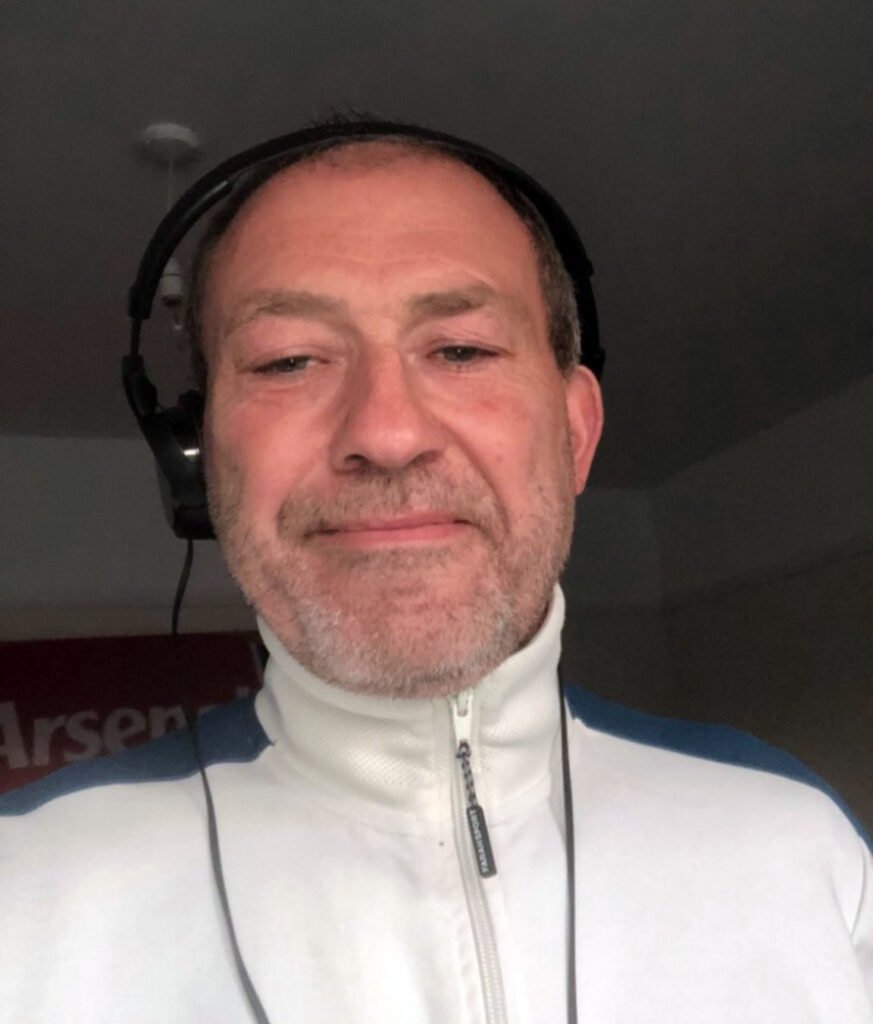 After falling in love with underground music as a teenager in the 90’s Paul played his first gig in 1996 and has never looked back. His impressive DJ career includes gigs and residencies at some of the most iconic and legendary parties, venues and festivals of all time – Pacha (Ibiza and London), Egg, The Cross, Turnmills, Fabric, Ministry of Sound, Miami Winter Music conference, Lovebox festival, El Divino, Hotel Es Vive to name just a few.

Alongside his DJ work, he was also responsible for the legendry parties Serious at The Cross and Dusted at Pacha.

Pauls love for House music is obvious when you hear him play! Whilst he can play the full spectrum of house music from soulful, classic, funky, peak time he is best known for his Feel Good House music sets which are guaranteed to put a smile on your face and get you dancing.

I am old very Old School, and from a young age, music has always played a massive part in my life.

From way back listening to Ska, through to the early 80s Breakdancing days, listening to Electro, Hip Hop, and of course the whole Streetsounds era. That led straight into the 80s soul-funk, which is where my heart is at !

Started DJing Vinyl late 1989, playing early House / Rave, but also always liked to play soul. Had a long break from the scene whilst bringing up a family, but always listened to good tunes.

247Clubclassics.com gave the opportunity to play again, and am enjoying every minute playing anything soulful, from old school, to Disco-House, Nu-Disco, soulful and vocal house. 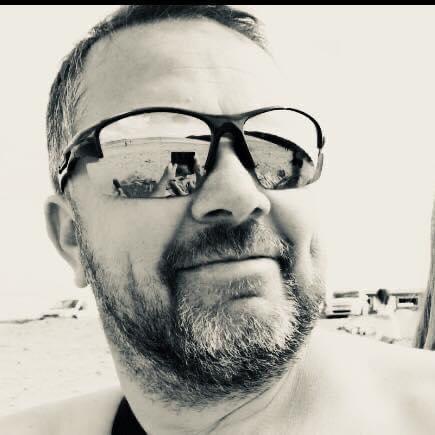 I have been buying and collecting 7” vinyl since the late ’70s, then into the ’80s 12” vinyl when I first heard early hip hop and electro.

Fast-forward to 1987 when I started listening to and buying early house records. I am still collecting today!

I got into the DJing side of things, playing house parties just for fun. In the last few years, I have ventured into playing on various radio stations, just for the love of the music. 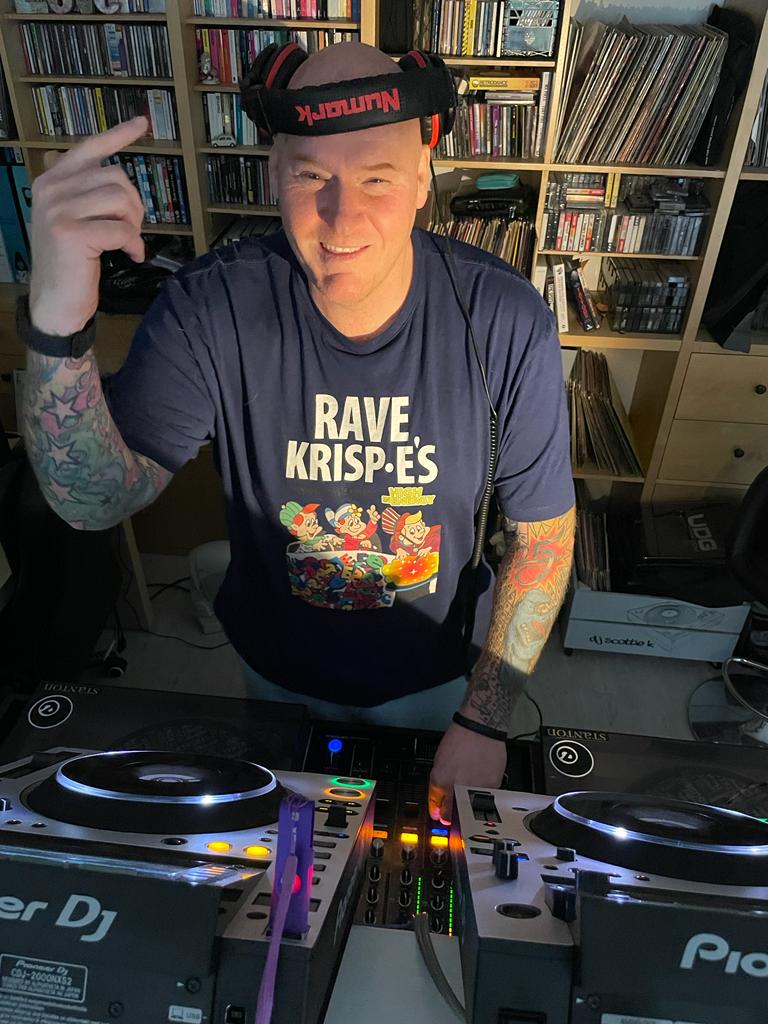 A master at stopping the tape deck as the radio presenter started to talk, you couldn’t get Grant off the tape machine, especially during Dave Pearce’s dance anthems on Sunday nights.

Fast-forward 20 odd years and Classic G was created. Tech and deep house are the main course, with a sprinkle of jackin’ and bassline on the side.

Always next to the bass box, expect low frequencies and tidy drums in Classic G’s sets. 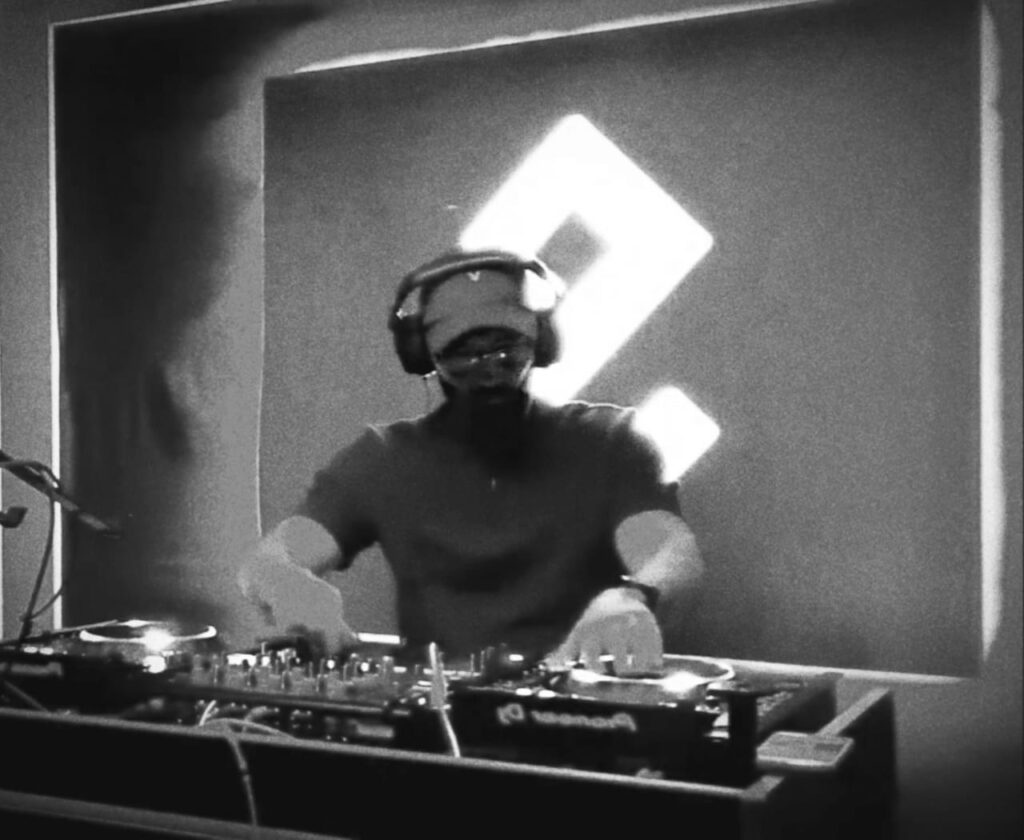 we are always looking for new dj’s

247 Club Classics Online Radio is growing rapidly thanks to being picked up by many radio apps and websites.

Whether you are a complete beginner or a seasoned professional DJ, we really want you to contribute to the 247 Club Classics Family.

You do not require any online or radio DJ experience. All you need is your DJ equipment, an internet connection, and bundles of enthusiasm.