The biggest UKG and bassline party to have EVER existed; Sidewinder smashed the club scene wide open and brought the world a taste of UKG with hot DJ’s mashing it up spinning club classics (such as this one), the gulliest MC’s blessing the mic and ultimately, the birth of the UK’s very own Grime sound.

Technically Sidewinder was a travelling club night, starting in Northampton through the work of Mark Lambert and Paul Spruce.

All Rave’s would be taped and the cult Sidewinder Club Classic “Mixtape” series has been coveted by UK Bass Head’s since day dot.

Without Acid House there would be no Hacienda and without The Hacienda how could there be Acid House?

A converted warehouse in the centre of Man(d)chester, need I say any more?

Madonna famously played at The Hac in 1984, but it wasn’t until Mike Pickering (of M People) and DJ Graeme Park established the legendary “Nude” residency in 1986, when things started to kick off properly.

JonDaSilva and A Guy called Gerald (808 state) followed suit, establishing intense club nights that were iconic across the UK.

Check out these flyers for Hacienda club nights in 1989: 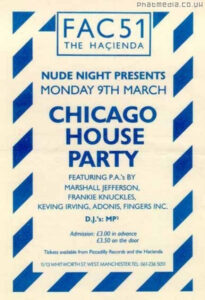 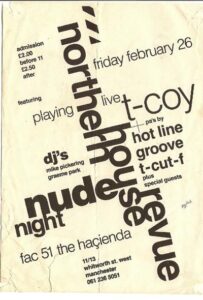 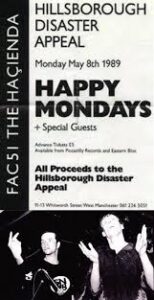 In these Ibiza style party’s, upcoming Acid House DJ’s and producers came together to shape the sound of Rave and bring the spark for The Second Summer of Love that our CEO Dean so fondly remembers.

The tongue in cheek film “24 Hour Party People” was inspired by The Hacienda, check it out for a laugh! 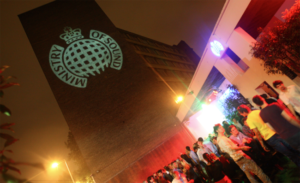 That’s 150+db of pure sound system carnage that has catapulted Ministry into clubland folklore, safely certifying the Superclub as one of London’s most important landmarks in the world of Dance Music.

Of course the world’s most respected and sought after DJ’s dream of playing Ministry of Sound; their main room sound system is so good it is used to remaster albums. Even in it’s early years, (before the mega stack) Ministry held a cult status for British Ravers, attracting big name House DJ’s Frankie Knuckles and Larry Levan to spin at weekends. 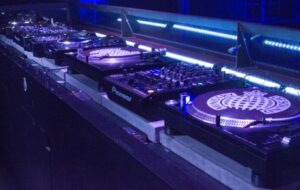 Now famous the world over as a record label and events promotion company, the name Ministry of Sound is respected for bringing the creme de la creme of all genres of music. 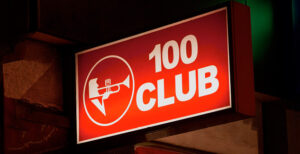 Host to the 6ts Rhythm and Soul Society for almost 40 years; the longest-running club night in London.

Keeping the Soul and rare groove flame alive and flickering brightly, DJ’s Ady Croasdell and Randy Cozens set up shop at 100 club in the early 80’s and have continued to host Soul all dayers, all-nighters and weekenders up until this year. 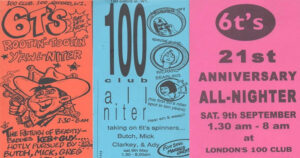 These guys are all about the music and 100 club doesn’t mess about either.

Aside from being home to the worlds most iconic Soul night, 100 club has a cult status in Punk, Indie, Rock and Folk music history, having hosted The Sex Pistols, The Rolling Stones, Oasis, Bo Diddley and The Clash among many many more.

Thanks for reading, let us know your thoughts in the comments and suggest any club classic nights you have had!